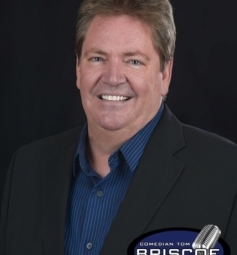 A recent performance of his one-man show “So…I Got Fired From That Job” in New York’s Hudson Valley gave the readers of The Times Herald Record Newspaper an opportunity to give Tom their Funniest Comedian Of The Year Award.
He is a professional comedian who performs regularly at premiere comedy clubs nationwide, cruise ships worldwide, New York City, Las Vegas, Atlantic City and really hates writing about himself in the third person.
The Tom Briscoe Comedy Show.
Original Stand Up Comedy From One Of The Best.